I develop and write children's animated stories for a global audience.

I started out writing and acting in comedic theatre. I studied theatre intensively for a couple years as well as directing and script writing. Later on I founded a theatre troupe, worked for a children’s theatre company and moonlighted (well… daylighted) as a preschool instructor.

My work began to take a different direction in 1998 when a good friend working in the animation industry asked my help to put together a new concept for an animated television series. One idea turned into another and we started writing sample scripts for these concepts. I distinctly remember the day I realized I could make a living writing cartoons. This was a revelation for a creative guy with a sense of humour that ceased to evolve past ten years old.

At the time I was living and working in my home town Vancouver, Canada 🇨🇦! A Singapore company hired myself and my writing partner to story edit and write for an animated television series airing on Nickelodeon. They brought us out to Singapore to get to know the project better. It was at work in Singapore on this rather exciting  project where I fell in love with the director (aka my wife) and how Singapore became my second home.

If you haven’t seen ‘Crazy Rich Asians’ yet (and you should, it’s a good movie) Singapore is a small and highly developed multicultural country at the base of South East Asia where the weather varies from hot to holy crap it’s hot. It’s an interesting city with a unique blend of cultures between the East and the West.

Moving your home to another country is not an easy process. However the mixing of cultures inside my kaleidoscope of a mind has had a holistic impact on my work. I’ve learned the different sensitives of writing for both Western and Asian cultures and much of my development work reflects a unique blending of the two. One of the key benefits of animation is that shows can be developed to be enjoyed by kids all over the world, transcending cultural, racial and religious differences.

Creative ideas, rhythm and comedic timing are important skills in writing children’s comedy but they are not enough to create a solid cartoon. Proper development and story structure are equally important that even the most slapstick of comedies needs to be built upon. I’ve worked hard to develop these skills and I strive to improve them year by year.

I’m an idea guy and take a great deal of enjoyment in developing concepts. I’ve been grateful to have been involved in the groundwork of a number of wonderful television series that have gone to air.

I’ve been forcibly coerced into adopting a rather cute but non-ninja turtle named Linny who spends her time following me around my apartment while I work. She would like to extend to you a very warm thank you for taking the time to read a bit about us. 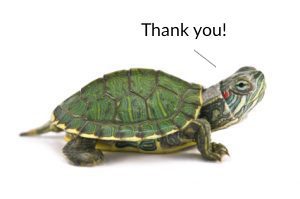 If you have any questions, please do get in touch!