Tao Shu was one of my favorite concepts that I was able to help develop and later write for. 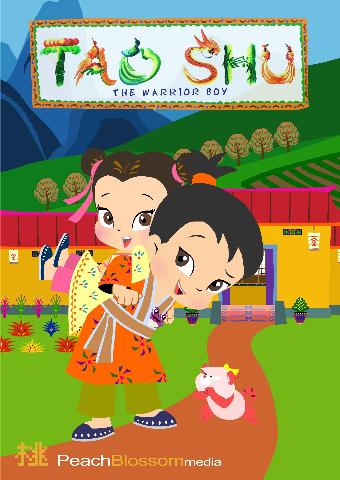 It was a story about the adventures of a young boy, his quirky pet toad, his annoying but cute younger sister, Ling-Ling and her perceptually grumpy red panda. Their parents ran a tea plantation and a popular tea shop on the slopes of a misty mountain in ancient China.

The stories were every day growing up adventures and struggles that kids could relate to with a light magical touch of Chinese folklore mixed in. The entire background was built around ancient China. The design of the show was based on paper cutting Chinese art

The show won an iparenting award in the U.S. We mixed moral lessons for kids into the stories and the ancient China backdrop provided a subtle educational touch. A popular book series was later produced in Asia, teaching kids how to speak Chinese through the Tao Shu adventures.